In this painting, I have shown the world’s first two humans, ADAM, and EVE. Adam has the body of a human and the face of a lion. His body is covered with motifs of lion, bear, horse, elephant, tiger, all of which are powerful animals. There are also clouds and rain that show the rain that is showering for his better-half. Similarly, the female has the face of a lioness and her body is covered with motifs of, butterflies, deer, moon, and stars that depict the softness of a female, who, if needed will take the form of a fierce lioness.

I, bandana Kumari, come from Khagaul, Danapur, which is located near Patna, the capital of Bihar. I have been fond of Bihar's popular folk art, which is, Madhubani painting, and was always influenced by it. I used to be attracted by the color schemes used in the art. During my early years, on the imprints of Madhubani style, I have done a lot of work, giving importance to the lines, and have done highly detailed work, using only three colors, black, white, and maroon. In the process of doing such work, with all the intricate details, almost from 2009-11, I started enjoying my work and became passionate about it, and hence, I still continue making the smallest possible designs in my artworks. My father has been my backbone. He always used to cheer me up. He calls me, "meri sherni beti", 'my lioness daughter'. These words of his got engraved in my mind and in the days to come ahead, the image of a lioness came easily flowing into my paintings. Making the lioness a medium, I try to show a powerful woman because I want to see a woman on the highest level of the societal hierarchy. Hence, the faces of lioness and lion, give me energy as I work. yes, but along with it, by filling the female's body with the motifs of flowers, moon, butterflies, etc. I try to express the gentleness and compassion that a lady has within her. Most of my female characters portray females. however, the male ones too, I paint the head as that of the lion, and in the internal rendering, I depict rain, animals, clouds, etc. that represent the masculinity, love, and compassion that a male has. like our folk and tribal community, which has a tradition of tattooing (goanna), with which a person associates his/her identity and portrays a personality in the society, the ornamentations in my work are the extended version of the same. using only flora and fauna in the detailing is my way of expressing my belief that all the elements of nature do exist in humankind too; firewater, air, earth, and sky. Read More 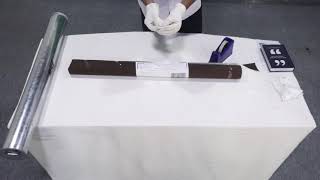